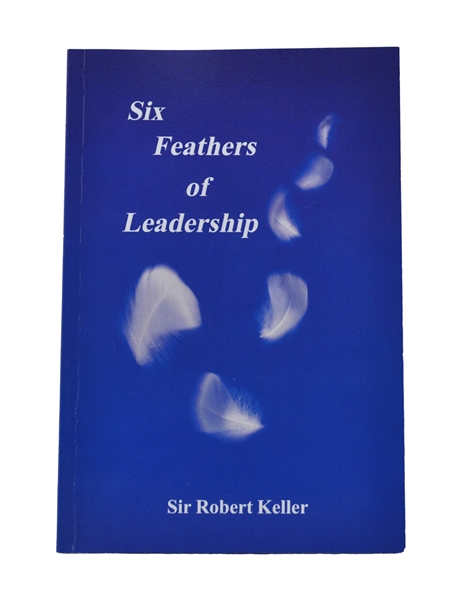 Although many leadership guides have been used in Freemasonry, there are very few that are actually written by a member of our Order. Most of these handbooks are written for business and then retroactively applied to the fraternity, but SIX FEATHERS OF LEADERSHIP is written, not only with an emphasis on Masonic organizations, but by a brother Mason.

Bro. Robert Keller holds a master’s degree in Educational Counseling from Arizona State University and is a past master of King Kalakaua Daylight Masonic Lodge in Hawaii. A member of the Scottish and York Rites, as well as several other appendant bodies, Bro. Keller has used his experiences, both professionally and Masoncially, to craft a leadership guide that echoes Masonic principles. In the introduction to the book, he recognizes that apply business principles, as most leadership manuals do, to a Masonic organization is a non-sequitur.

To be effective as a volunteer organization leader, one must recognize

that there is no paycheck. The only hook is the satisfaction one gets from being

are in a very strong competition for good, skilled volunteer leaders. And there

of some stupid action on the part of a supposed leader. Leaders in volunteer

organizations do not have power. In fact, their power is derived solely from

those whom they manage. The more those members believe in, relate to and are

respected by the leaders, the more they will produce. The members must buy

into the goals, actually be involved in setting them alongside the leaders, they

must also determine appropriate rules for the operations leading to

accomplishment of those goals, and they must have fun through positive

they have mutually decided.

SIX FEATHERS OF LEADERSHIP, is not your standard leadership book – it is a compact and thorough tour of leadership principles that can be applied to Masonic organizations and produce dramatic results, the key to which is earning and building on mutual respect between leaders and followers, which is a core foundation of Masonic teaching.