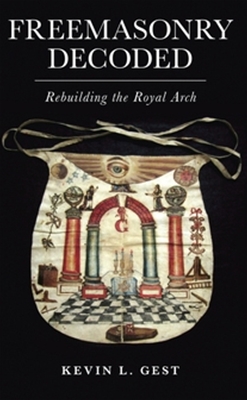 Decoding the allegory of the Royal Arch Legend reveals the story of a momentous discovery in an ancient monastery at the heart of Europe in the 15th century, a revelation that changed the world. Images displayed in the Chapter room allegorically link to the historic Irish manuscript known as The Book of Kells, and furnishings that reveal the solving of an age-old problem by Sir Isaac Newton.

After 20 years of research and problem solving, the internationally acclaimed author, Kevin L. Gest, in this his fourth ground breaking book, reveals how Freemasonry and the shape of its ceremonies developed against the backdrop of religious conflict; the influence of dynastic families of great power and wealth and wars and revolution in Europe and America.

A Journey in Stone

BEYOND THE CRAFT: 6TH EDITION