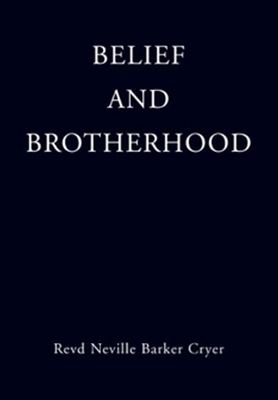 The Revd Neville Barker Cryer is approaching 60 years as both an Anglican priest and a Freemason. In Belief and Brotherhood, he explains why it is possible for a Christian of whatever tradition to hold membership in both these Societies. He has taken especial care to address the criticism of two previous Anglican clergy, the Revd Fr. Walton Hannah and the Revd John Lawrence, and to endeavour to provide what the former of these writers called for, that no intelligent answer to my case has been ever attempted . It is hoped that those who have followed in his steps may regard this as intelligent enough. Not surprisingly, in the light of the other books which Cryer has recently written, he has sought to show the relation of the historical origin or development of the Craft to the apparent difficulties of which its opponents speak. It is therefore hoped that non-Masons and Freemasons of whatever personal faith they hold will be able to understand and appreciate Belief and Brotherhood afresh. Contents: Introduction A Little Bit of History Why is there Concern? The Craft Degrees and the Holy Royal Arch The Christian Orders The Additional Degrees Some Issues of Faith Epilogue Index

City of London: A Masonic Guide

A Handbook for the Freemason's Wife