A Mosaic Palace - Freemasonry and the art of memory 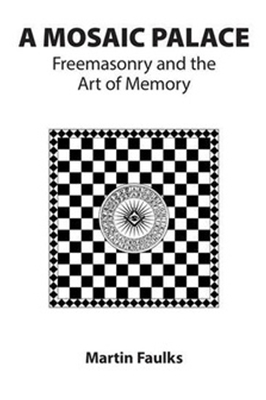 by Martin Faulks Paperback, 44 pages. "The Warden of the Lodge. . . shall take trial of the art of memory and science thereof of every fellow craft and every apprentice according to their vocation and in case that they have lost any point thereof. . . pay the penalty as follows for their slothfulness. . .� Second Schaw Statutes of 1599. In recent years notable Masonic historians such as Fabio Venzi and Robert Cooper have touched upon the underlying meaning of this phrase, what this paper aims to do is explore the various arts of memory that existed around this time and to build upon this research.

The above quote is from the well known Masonic document referred to as �The Schaw Statutes�, which was issued by the then royally appointed Master of the Works, William Schaw. The text gave a code of rules governing the activities of operative masons in Scotland at time which by many is seen as a turning point in the transformation of operative masonry to speculative, and often considered the first conception of Freemasonry as exists today. However, historians and Freemasons alike often make the mistake of assuming that Schaw�s reference to this art of memory was simply the skill to recall phrases and passwords, failing to recognise the full implications of this phrase. Stevenson was probably the first historian to really delve into the history that the Schaw Statutes hint at, notably highlighting the above phrase.

The phrase ‘Art of Memory’ is very interesting in this context as during the sixteenth century it had far greater connotations than it may to the modern reader. In contemporary Scottish correspondence the term is always used to refer to a specific set of memory disciplines and techniques that had evolved from classical Greek mnemonics. This was a method whereby one would create a memory palace using one's imagination. This could be based on a real or imaginary place which, using intensive imagination, one would build up in the memory to the degree that it could be visited with ease. This memory palace could then be used as a kind of memory storehouse. By placing items in different locations in the palace one could remember them with ease when it was next visited. In order to make the images memorable the characters, figures or items used were often striking and could sometimes be quite striking to contemporary sensibilities.

Over 300 Years of Masonic Ritual

Know Thyself - using the symbols of Freemasonry to improve your life

The Oxford Ritual of Craft Freemasonry

Who Was Hiram Abiff?