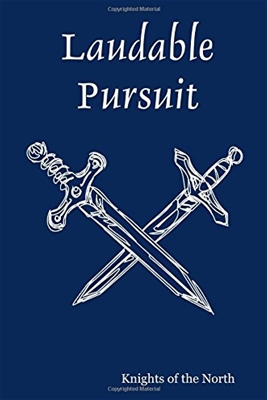 Laudable Pursuit advanced numerous proposals that combined new approaches with older practices, in parallel with much of what became the "traditional observance" or "observant" lodge movement. These included: conducting business on the Entered Apprentice degree; multiple Volumes of Sacred Law opened on the lodge altar; formal attire at meetings; higher dues; regular Masonic education and proper Festive Boards at monthly meetings; deliberately smaller lodges; alternative ritual presentations; less concentration on institutionalized charities in favor of smaller, individual lodge or personal charity; rejection of regularly advancing officers' lines infavor of a merit-based approach; and streamlined regulations to simplify the chartering of new lodges. Much of what the Knights clamored for became adopted policies in numerous U.S. lodges and jurisdictions, including Indiana.

The Knights also contributed 26 original essays to the Masonic Dictionary website at masonicdictionary.com, on a broad array of topics, from pleas for rescuing the fraternity's significant, endangered temple buildings, to Masonic jurisprudence. However, the overarching goal of the site was to provide a resource for true Masonic education, and eventually became home to more than 600 articles from public domain sources like The Builder magazine, Albert Mackey's Encyclopedia, and others. The site was developed and maintained by Canadian Masonic author Stephen Dafoe, and remains as of this writing.

A large number of the Knights of the North eventually identified themselves publicly, including its editor, Christopher L. Hodapp. They were scattered across the U.S. and Canada, but were largely dominated by a crowd of Indiana Freemasons. Many of them went on to become the founders of the Masonic Society, an international membership research organization formed in 2008. Meanwhile, Laudable Pursuit has continued for more than a decade influencing lodges and grand lodges throughout North America. While it remains available as a freely circulated download online at knightsofthenorth.com, a paperback booklet version has also been made available for convenient reading.